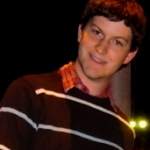 I was born and grew up in the beautiful village of Auersthal in Lower Austria and studied at the local ground school.

Afterwards I changed to secondary school with focus on applied mathematics in the district capitol Gänserndorf. During this time I came in touch with IT for the first time and instantly liked it.

So I attended higher technical school HTL Wien 3 Rennweg in Vienna, focusing on information technology, Internet and mass communication. I completed in 2006 and directly did the alternative civilian service as emergency medical technician for the Red Cross. This took nine months and afterwards I attached three additional months voluntarily.

Since back then in the mid of 2007 I am working as an IT professional, focusing on support and administration. During the financial crisis in 2009 I had the possibility to reduce working hours, so I decided to do additional studying.

Finally I completed Information Technology and Telecommunication at the University of Applied Sciences FH Campus Wien in 2011 as a Bachelor of Science in Engineering.

My special interests in the very wide area of IT are security and hosting, notably in high availability through clusters or the cloud and also reliability. I'm a big fan of open-source projects and starting to contribute my part during the last several months.

Together with my best friends I founded an unincorporated association for organising alternative music events. We provided the complete sound system, lights and visuals and I was also a DJ playing Drum & Bass and House.

Furthermore I was hosting our homepage and administrating the mail server and online forum. Actually the system still exists, although we were most active during 2005 and 2008, since then we only provide the PA very sporadically.

I'm an impassioned cineast and very interested in making films and contributed in an independent short film project called "Verrat". Recently I added physics and philosophy to my list of hobbies.

This is my personal WWW page.

PS: Please read here why you won't find me on Facebook any more. I'm very sceptical about social networks in general, for several currently emerging reasons.

3 Gedanken zu „About Me“